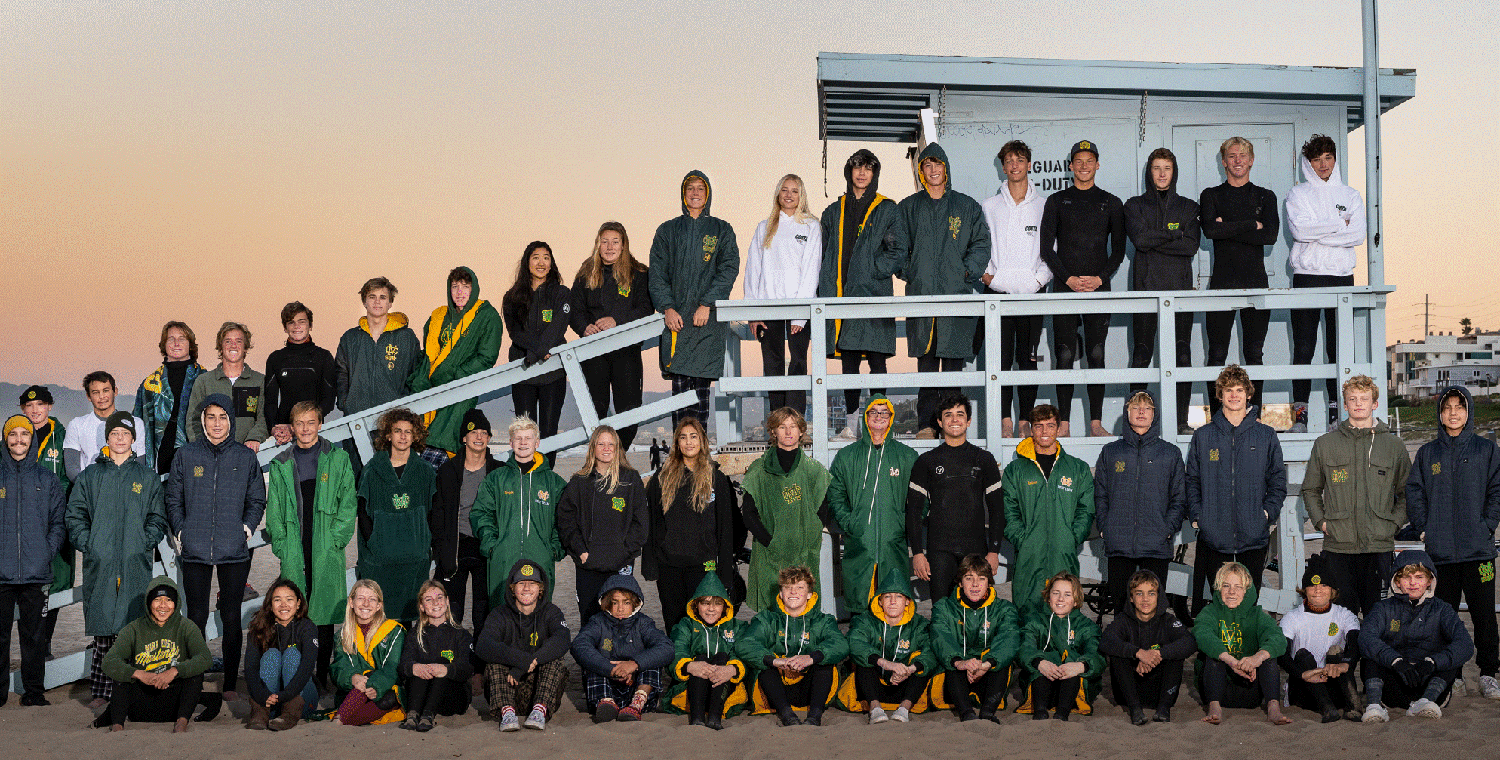 The official surf season runs from September through March, but during the school year, the team surfs every Monday through Thursday at 6:30 am at 26th Street in Manhattan Beach, and twice a week have after school strength and agility training.  Most competitions are held weekdays between 6:30 and 8:30 am at beaches from Torrance to El Porto.

The team is coed.  Girls and boys compete in separate divisions but practice together.  Divisions include Shortboard and Longboard and tryouts are held prior to the season starting in October.  The team is highly competitive and participates in the National Championships each year in June.

Surf Team is a year-round sport. 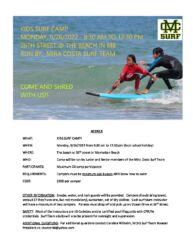 Location – 26th Street at the Beach in Manhattan Beach Kids must be able to swim and be comfortable in the water. Register here. View the flyer here: MCHS Surf Team_Surf Camp Flyer_9 26 2022 For more information, contact 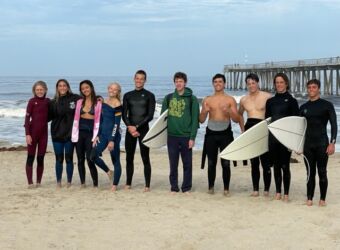 The surf team wrapped up a successful season with the All Star competition held at Hermosa Beach Pier. Teams from across the South Bay sent their top surfers to compete against each other for bragging rights. Costa represented well having surfers make it to the finals in all categories. Ryan…
Keep reading

The Mira Costa Surf team has had an amazing winter, bringing home the wins against all South Bay High School Surfing teams and being named League Champions! In January, Costa took on Peninsula, defeating them 87-60. In February, Costa crushed El Segundo taking home the win easily 98-48. In March,…
Keep reading