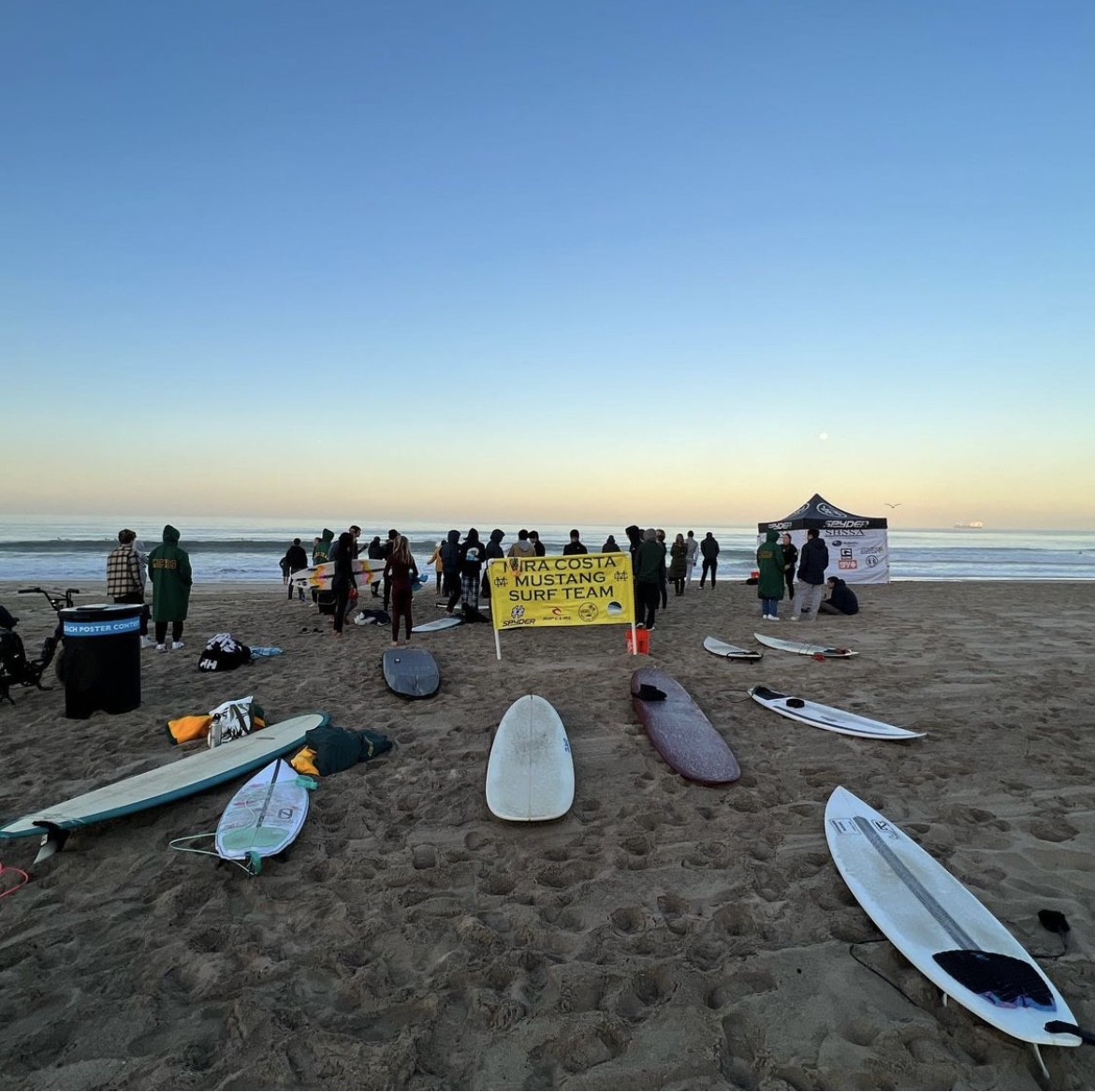 The Mira Costa Surf team has had an amazing winter, bringing home the wins against all South Bay High School Surfing teams and being named League Champions! In January, Costa took on Peninsula, defeating them 87-60. In February, Costa crushed El Segundo taking home the win easily 98-48. In March, the team traveled down to Cardiff for the State Championships. It was a bit of a shocker for the team, 15-25 mph winds, disorganized peaks, masking swell and waves not even on the reef. The length of the paddle out and current pushing people out of position were a humbling experience. Congratulations to Charlie Rudy who went all the way to the repercharge at the end of the day, only to get bumped out of advancing to the JV Shortboard final. Congratulations to Giovanni Horta for taking 3rd in the state for the JV Longboard. The girls put up an amazing showing with Ellen Tourigny and Darby Roath advancing out of Saturday’s chaos to the Shortboard final on Sunday where they took 4th and 6th respectively. The final dual meets of the season took place a few weeks ago with Costa easily defeating Santa Monica High School 88-59 and Redondo Union High School 99-48. Coach Geller and Tucker are super proud of the team and the program they have created in South Bay Surfing. The season concludes with an invitation only All Star event that brings together the best surfers in the area.