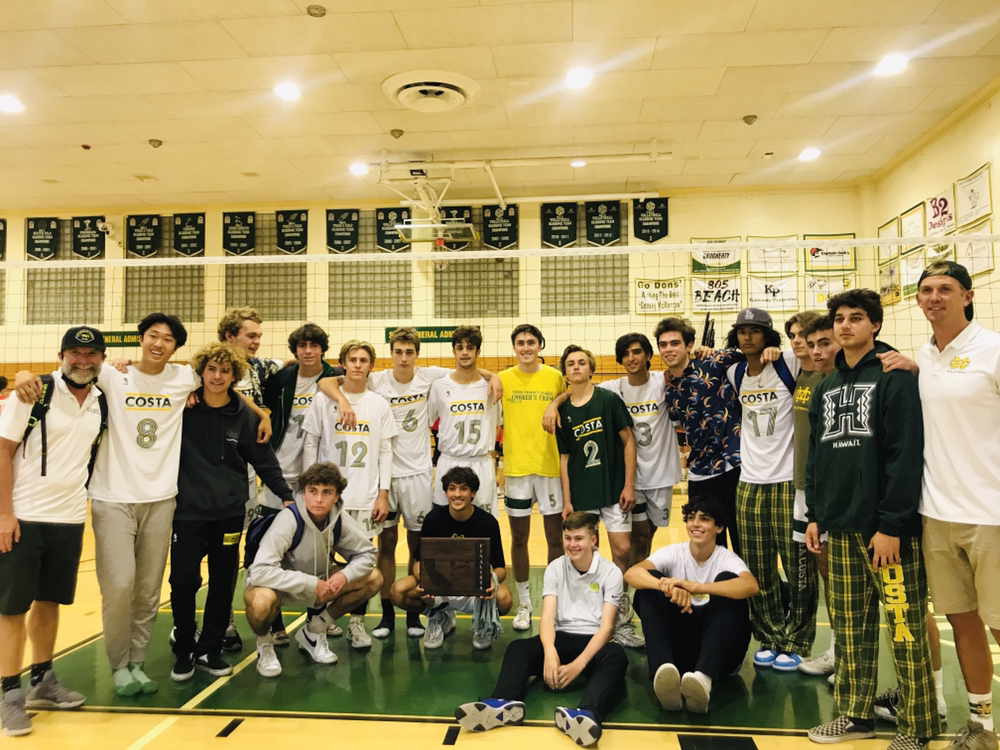 All three levels of the Boys Volleyball Program wrapped up their season with a Home Game Bay League matchup against rivals Redondo Union.  Stay tuned for CIF game information, with the first possible match on Tuesday, April 26th.
Since our last MBX newsletter, our Varsity team traveled to Honolulu to square off against powerhouse Punahou High School, besting them three sets to one in a league-sanctioned, competitive match.  Prior to Spring Break, our Frosh/Soph team took home the championship at the Foothill FS Tournament, and just this past weekend, our JV and Varsity competed in the Santa Barbara High School Varsity Tournament of Champions.  In a twelve team field, our JV finished in 9th place and secured the Consolation Bracket Championship, besting a skilled Varsity team from Dos Pueblos High School in a five set nailbiter to reach the finals of their bracket against Carpinteria High School, which they won easily.  Our Varsity team reached the Championship game and lost in a close match to Burroughs High School. The team is playing its best volleyball ever going into CIF, so please come out and cheer them on!  Stay tuned for more information on Boys Volleyball!