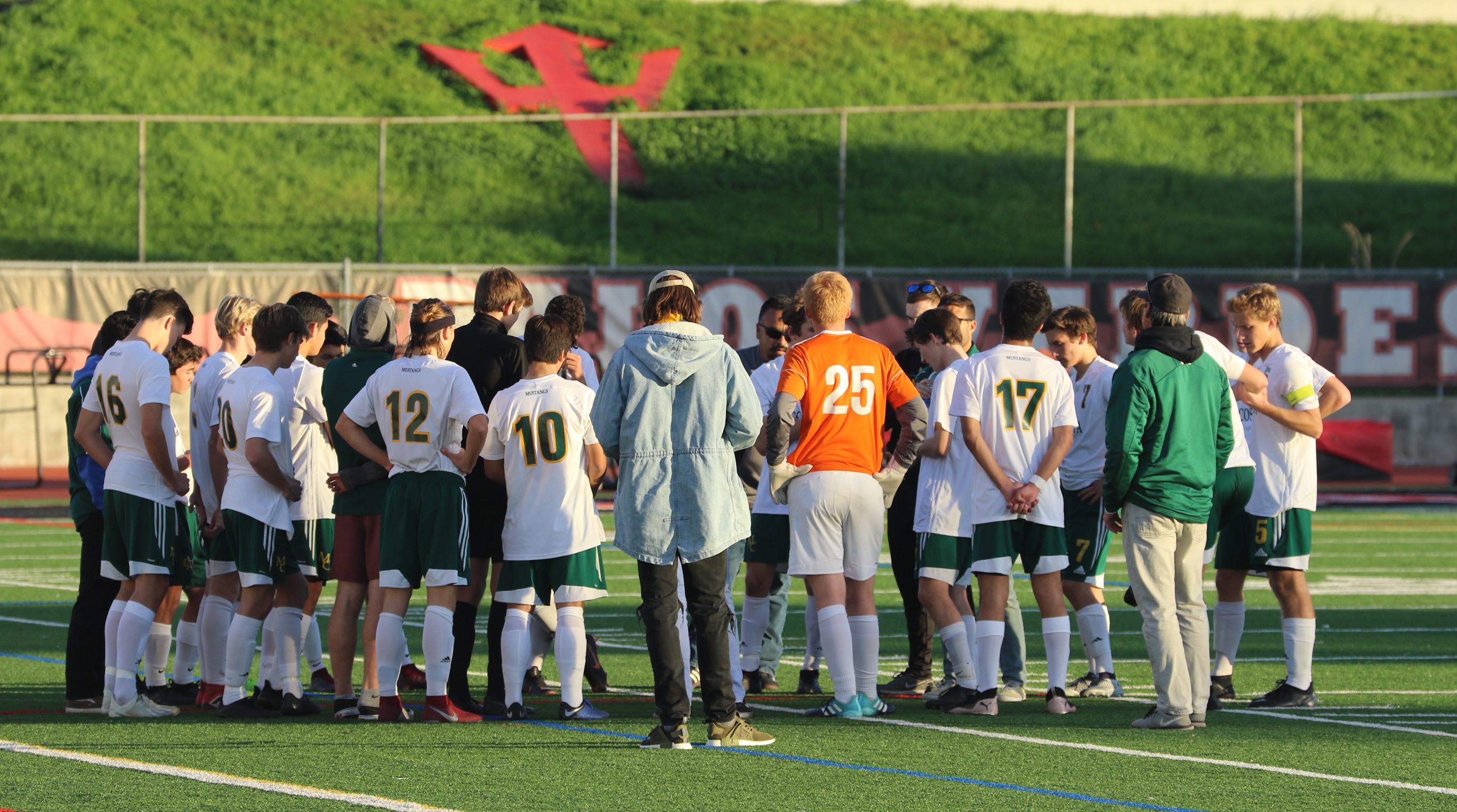 Costa opened the CIF Div. 1 playoffs with a home game last Thursday vs Notre Dame (Sherman Oaks). Costa won 4-0 with a very strong performance. Josh Gaudiano scored a hat trick to give him 31 goals on the season! Malcolm Kluth also scored. Zachary Cochran and Drew Rohm shared time in goal and the shut-out. It was a dominating performance with great play from defenders Malcolm, Colton Flake, Ian Sinkowitz and George Boll. Midfielders Pedro Rodriguez-Borlado and Reed Hildyard were fantastic. Reed had 2 assists. Max Haber worked hard on the forward line in tandem with Josh.

Saturday was the round of 16 and, unfortunately, Costa lost a heart breaker to Wilson (Long Beach). After 100 minutes of a hard fought scoreless game, they lost on a penalty kick shoot-out 4-3 to end the season. Zachary earned the shut-out, but couldn’t save Costa in the shoot-out, as he faced well placed, hard hit shots. The Wilson goalkeeper saved 2 of Costa’s attempts and that is all they needed. It was an emotional loss because the team dominated the game, but just couldn’t find the back of the net in regulation!