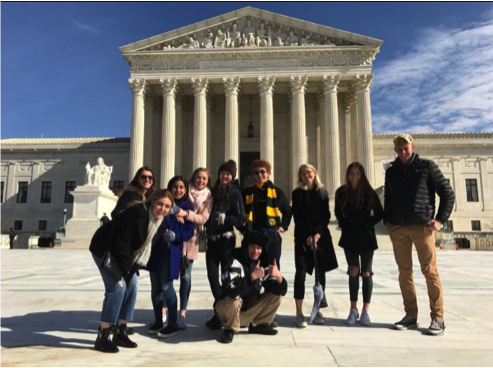 On February 12th, a delegation of 20 students from Mira Costa Model United Nations traveled to Washington, D.C. to attend NAIMUN at Georgetown University. The trip began with a team building exercise around D.C. and Georgetown, taking the students to sights including the White House, the Washington Monument, and the U.S. Capitol. 3,300 delegates from around the country attended NAIMUN. It resulted in a success for MCHS MUN, with the team winning the “Outstanding Large Delegation” award. MCHS delegates competed in a range of committees, from DISEC and SPECPOL to unique crisis committees such as the “Meeting of the Federal Reserve and Wall Street Executives, 2008” and “Park Geun-hye’s Cabinet, South Korea 2016.”

MUN is currently preparing to attend BMUN at UC Berkeley this upcoming weekend. Meanwhile, delegates are also preparing for two NHSMUN debates in New York City this spring. Locally, MUN students will be competing at McKenna MUN at Claremont McKenna College in April for the first time