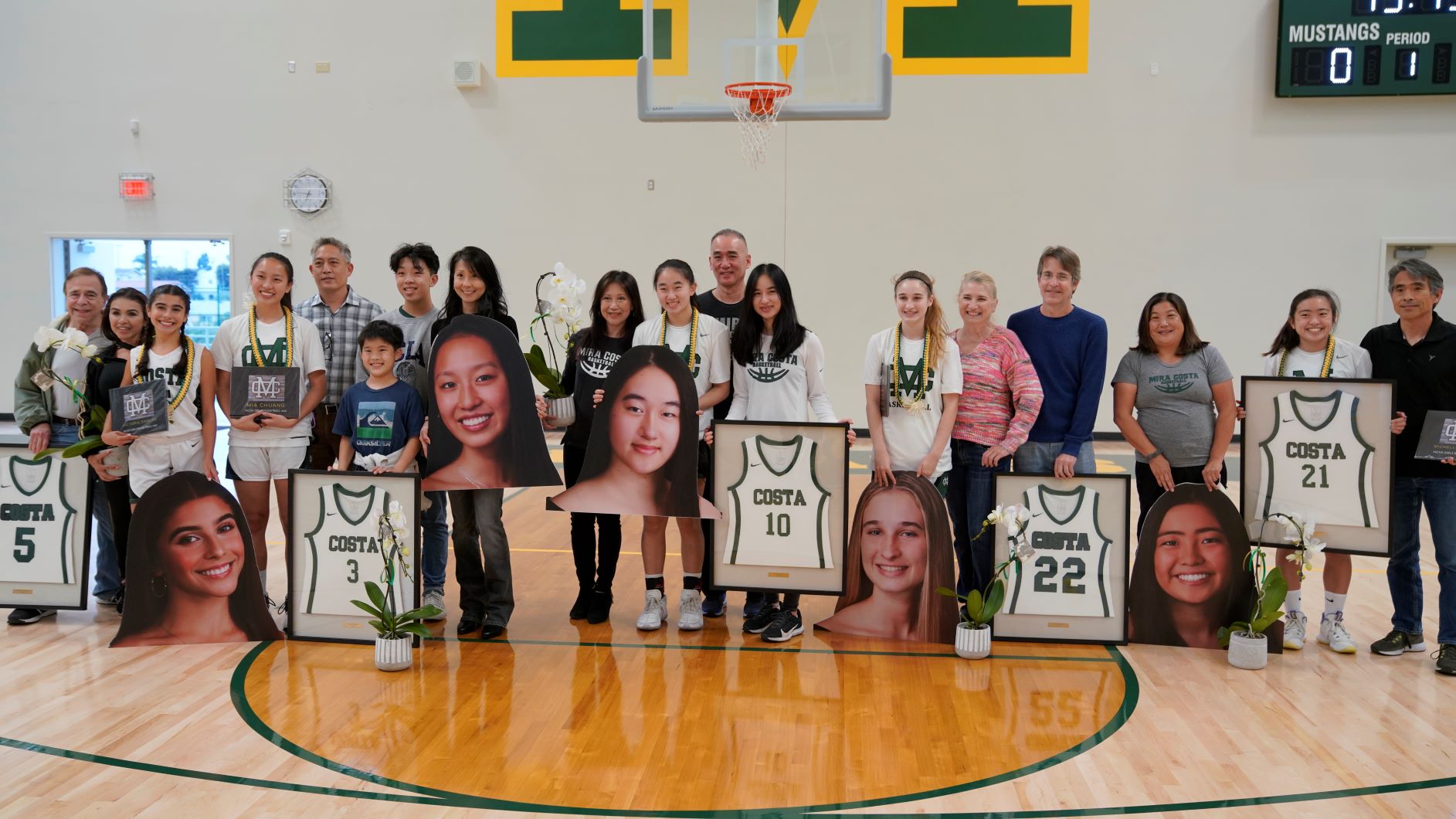 As basketball is nearing the end, everyone could not be more proud of the Lady Mustangs.  The Varsity Team finished 3rd in the Bay League with an overall record of 12-6.  The JV Team won the Bay League for JV with a record of 11-3 and the Frosh Team had a 3-5 record but had very competitive games with some against JV teams.
The Varsity team goes on to play in CIF Playoffs with our first game on Thursday in Santa Barbara.
Everyone celebrated the Seniors on Thursday, May 13.  Mia Chuang, Victoria Dasilva, Courtney Lo, Drew Suarez and Michelle Toyooka played their final home game in league against Palos Verdes with a great win!  Kiki Marca was also celebrated on the JV team on Saturday.
Let’s congratulate and thank the Seniors for all the years of hard work they put into playing basketball!