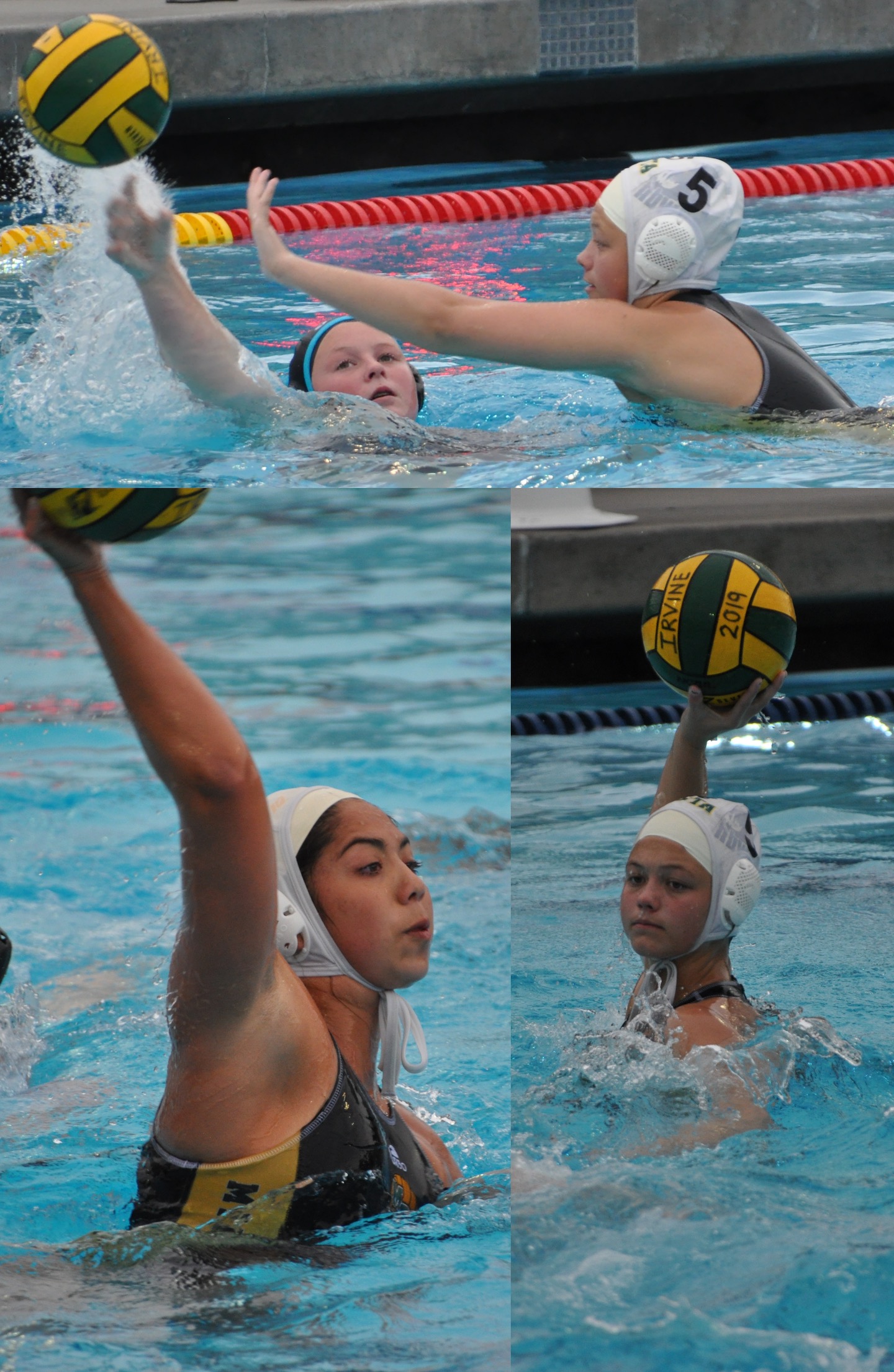 Girls water polo finished their season undefeated (6-0) in the Bay League, 10-1 in their division and 17-9 overall!

Last week, the CIF playoffs began with an 18-11 win vs. St Lucy’s followed by quarterfinals where the ladies beat Claremont 13-6.

On Wednesday they played Santiago Canyon in one of the closest games of the season – the teams traded goals throughout the first quarter, but Santiago pulled ahead in the second to end the half 4-6. In true Mustang spirit, our ladies came back in the third quarter with an amazing defense starring many blocks and steals by Emma May (top photo). The defense completely shut Santiago down for the quarter, allowing our offense to tie the score 6-6 by the end of the quarter. In the final quarter, three successive goals by Celeste Almendariz (left photo) , Leigh Lyter, and Emma May (right photo) allowed the Mustangs to pull ahead. The game stayed fierce down to the last seconds, but the Mustangs fought to the 9-8 win.

At the same time, in the adjacent pool, Redondo Union played the other semi-final game against Oaks Christian. In another hard fought game, Oaks Christian won 7-6.