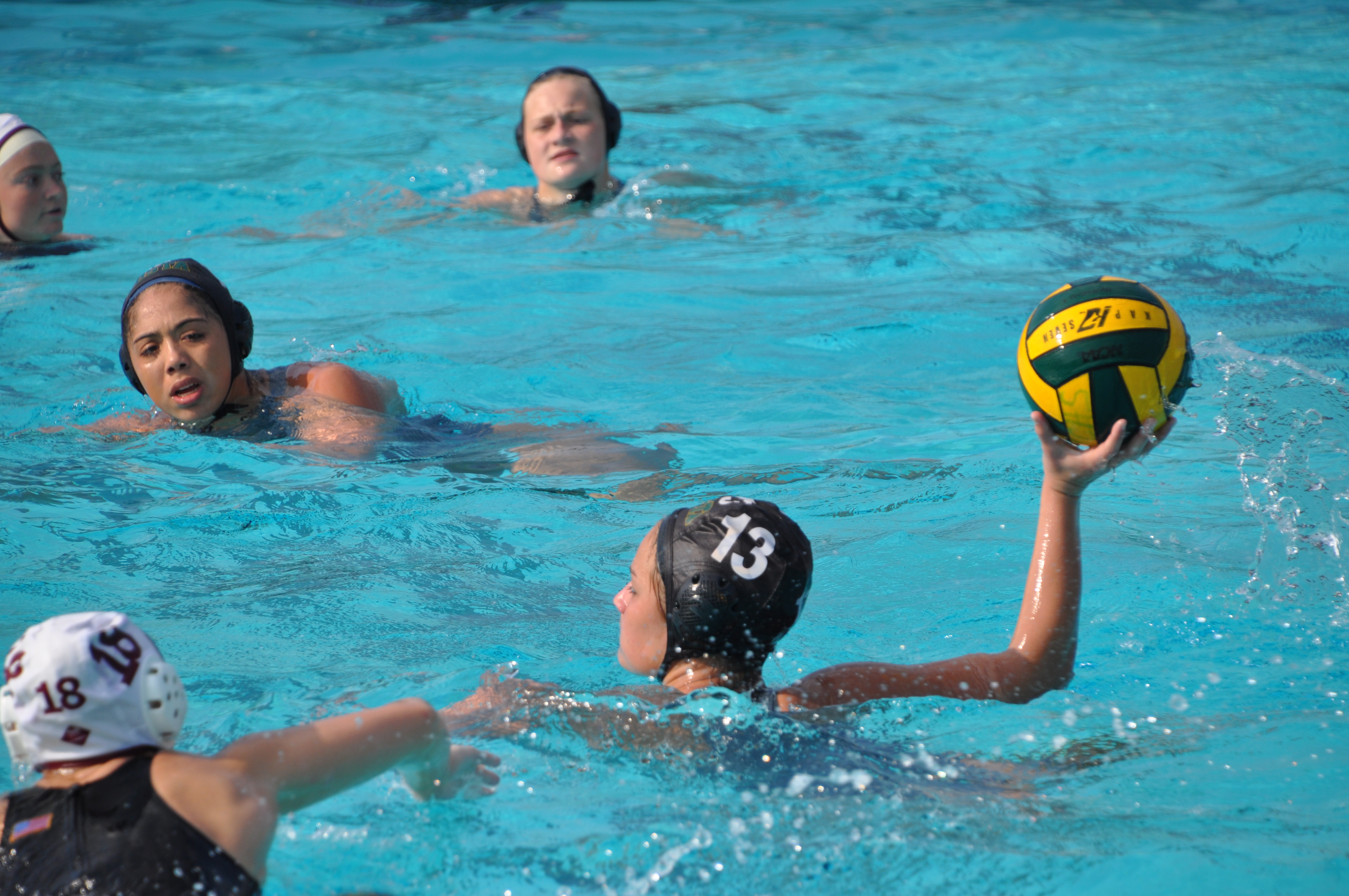 Mira Costa Varsity Girls Water Polo has started out strong over the first weeks of their season, competing in the Villa Park Tournament during their first play of the season and finishing in the top half.  Mira Costa beat Santa Monica their first game 12-5.  They faced two tough D1 teams with losses to Orange Lutheran and Agoura, and then lost a hard fought battle to Wilson HS in Sudden Death with a score of 13-14, finishing the tournament with a tight 5-6 loss to La Serna.  High scorers for the tournament were sophomore Leigh Lyter with 10 goals, junior Camille Lyter with 9 goals and sophomores Celeste Almendariz with 7 goals and Dylan Read with 4 goals, and senior Ella Pachler with 3 goals.

The girls took on El Segundo on Monday, 12/11 and won 11-7 with Sophomore Leigh Lyter leading the scoring with 3 goals.  Junior Camille Lyter and Sophomores Dylan Read and Celeste Almendariz each scored 2 goals, and Maiken Pardon and Emma May had 1 goal each.  Next up was Esperanza on Saturday, 11/16 and another win of 8-5 with a strong showing by Freshmen Elizabeth Terry and Maiken Pardon, each with 2 goals, as well as Sophomore Celeste Almendariz and Junior Camille Lyter, also each with 2 goals.  Sophomore goalie Erin O’Donnell defended the goal handily in her first Varsity games, and successfully blocked many tough shots from Esperanza.

JV and Frosh/Soph teams are working hard and learning strategy, which should help them in their upcoming game against Capo Valley on Thursday.  Girls Water Polo hosts Capo Valley this Thursday, 12/21 with Frosh/Soph playing at 3pm, Varsity at 4pm and JV at 5pm.  Come out and cheer on the MCHS Girls Water Polo teams and grab a snack at the Aquatics Snack Shack, too!