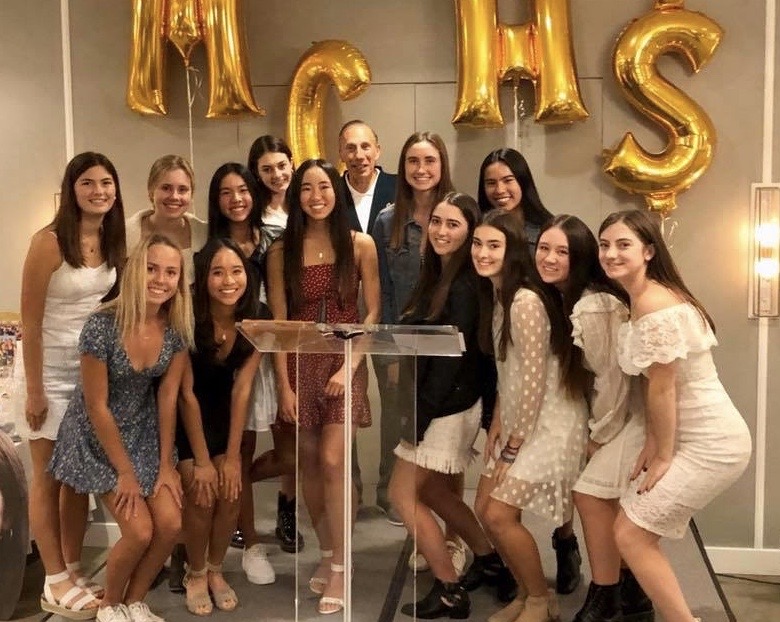 The girls tennis team’s season ended yesterday in the semifinals of the SoCal State Regional tennis tournament.  It was a great way to end Coach Joe Ciasulli’s coaching career.

In the semifinals, University was just too strong.  When the team played University in San Diego earlier this year, the Trojans did not have their foreign star from Venezuela, yet they still defeated the Mustangs 4 to 2.  This time they had their entire team.  Costa girls fought hard and all of the doubles matches were extremely competitive but only Kacey Feng/Audrey Vo were able to win 4-6, 7-5, and 6-4 against University’s #1 doubles team.  Ironically, Peninsula didn’t have their two stars.  If there was ever a day to play Peninsula, it was yesterday.  However, because they (with their stars) defeated University in the CIF Open Division final, Peninsula became the #1 seed in the Regionals and in the opposite bracket from Cosat.   So Costa had to play University in the semifinals.  Still, a very good result!