Boys’ tennis has been a consistent contender in league play for many years and our tennis program has advanced to CIF playoffs every year for at least the last thirteen years. The tennis teams and individual players have been considered contenders in league play and CIF competition for many seasons. Players have competed on the university or college level, and several former Mustangs are currently teaching pros at major racquet clubs throughout Southern California.

The Mira Costa boys’ tennis team plays about twenty matches during the season. There are two levels of tennis for boys, varsity (around twelve players) and junior varsity (twelve to fifteen players). A challenge ladder is one of the things used to determine position slots for players. Most players will participate in each match.

Tryouts are held during the first or second week in December. Exact dates are to be announced. Players should check the Daily Bulletin or the Mira Costa website www.miracostahigh.org for more info.

Boys Tennis is a Spring Sport. 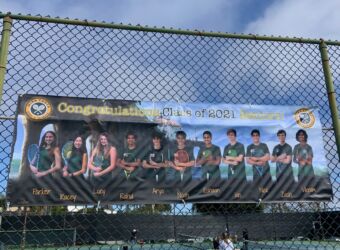 Boys tennis is ecstatic to be back on the courts and Varsity has started off the season with a 6-0 record!  Their first match versus West High on March 4 was a close one ending 9-9, but Mira Costa prevailed in games 79-72.  Costa has continued to build from that…
Keep reading 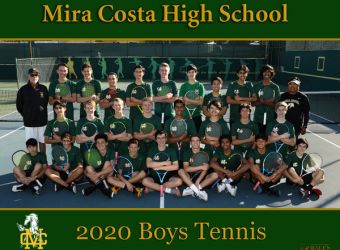 Boys Tennis wants to thank Coach Mark McGuire and Coach Allen Yap for their dedication to the 2020 team.  It’s a shame our season was cut short, as the Varsity team was looking good at 5-1 and a #8 ranking in CIF Open Division.  The JV team was also solid…
Keep reading 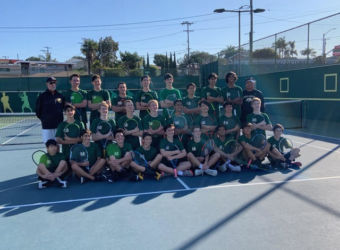