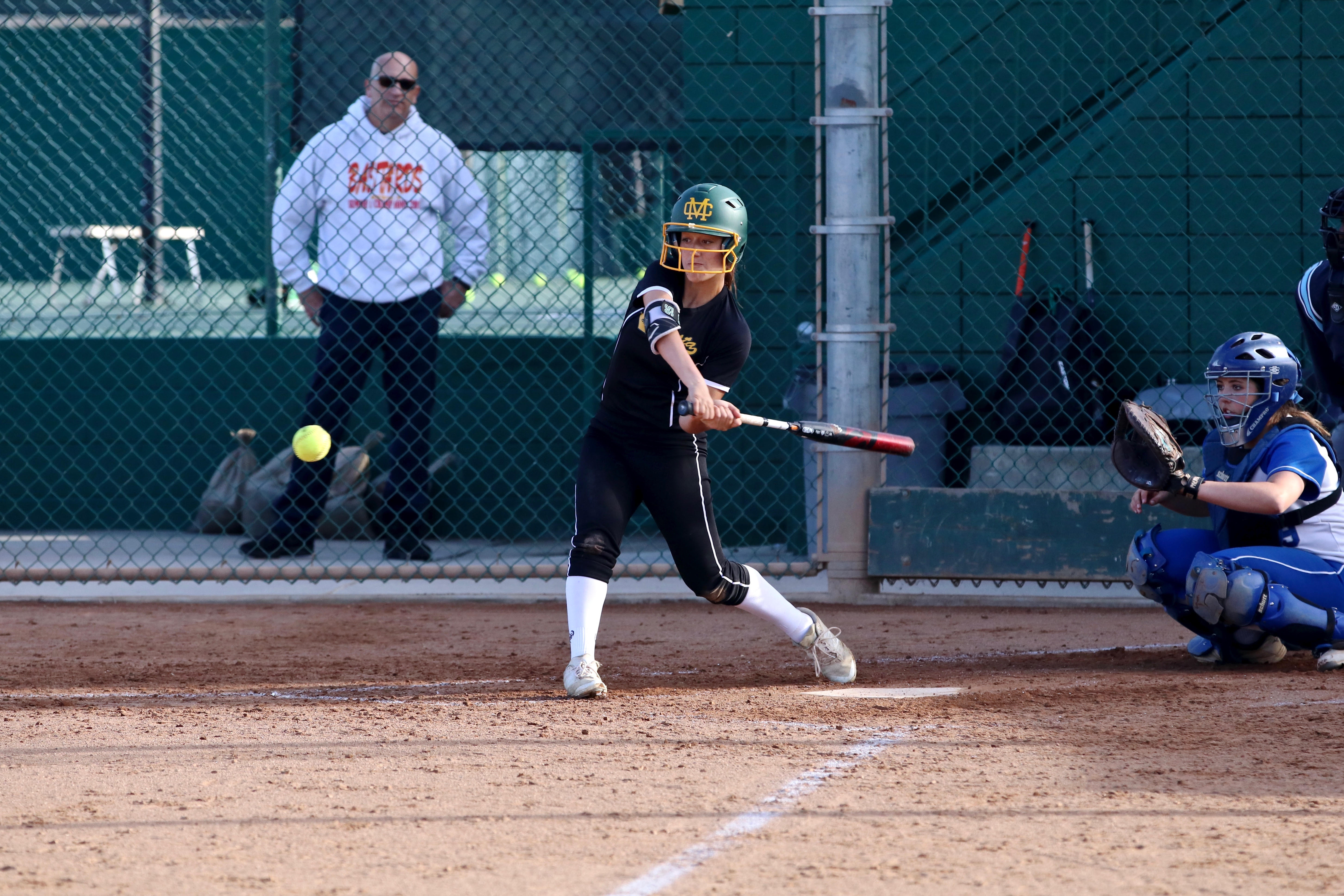 Softball is off to a great start in Bay League play with 2 consecutive wins. The Mustangs won their Bay League opener at home 7-6 over the Peninsula Panthers on Wednesday 3/28 with a walk-off single in the bottom of the 7th by senior 2B Katie Gould. The team racked up 11 hits in the game including doubles by senior Grace Herron, and sophomores Mari Ledezma and Angel Santellan. Freshman lefty pitcher Katie Katsuyama got the win, going six innings allowing only one run on four hits and striking out three.

On Thursday 4/12, the Mustangs faced Palos Verdes and won 4-3. They scored one run in the first and added two more in the second with the deciding run coming in the top of the 5th. Every Mustang in the lineup reached base safely. Katie Gould was 2-for-4 at the plate with two stolen bases and also scored the first run of the game. Serena Ponciano made two running catches at SS and fielded 5 ground balls for outs with no errors. Piper Neri had a double, two sacrifices (a bunt and a scoring sac fly) and scored the deciding run in the 5th inning. Katie Katsuyama started the game and pitched 4 innings allowing 6 hits and 1 run. Sloan Cooksey got the final nine outs for the save, allowing 2 runs on 2 hits with 3 strikeouts.

Outside of league play, the Mustangs recently participated in the competitive La Mirada Tournament. They finished in third place, first beating Glendora 4-1 and then Cajon 7-3 in the consolation bracket championship. Overall the Mustangs were 3-1 in the tournament, losing their first game to a tough Downey team but came back to win their remaining three games.

Junior Sloan Cooksey got the win against Glendora, pitching all six innings with 10 strikeouts and allowing only one run on three hits. Sophomore Angel Santellan got her first complete game win of the season in the second game against Cajon, pitching 7 innings and allowing only three runs on eight hits with three strikeouts. The offense scored seven runs on five hits, two of which came on a home run to deep centerfield by freshman Emma Fong. Both pitchers were helped out by an excellent defense that did not commit a single error in either game.

Sloan Cooksey was the pitching leader giving up only 2 runs on 6 hits in 13 innings pitched, with 18 strikeouts and an ERA of 1.077