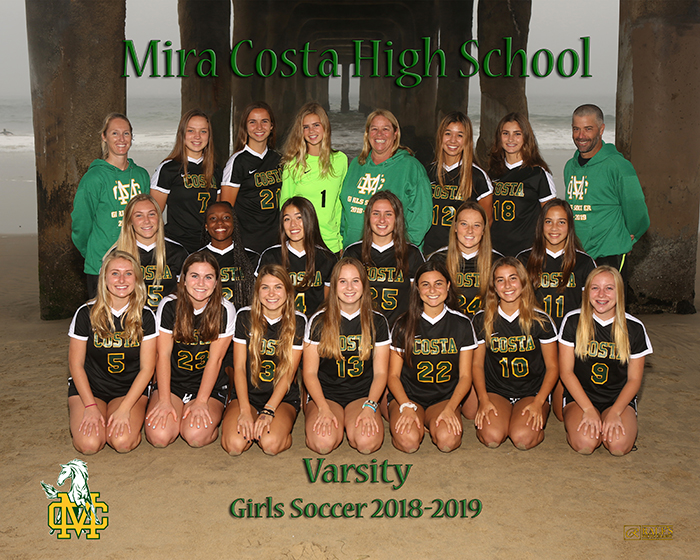 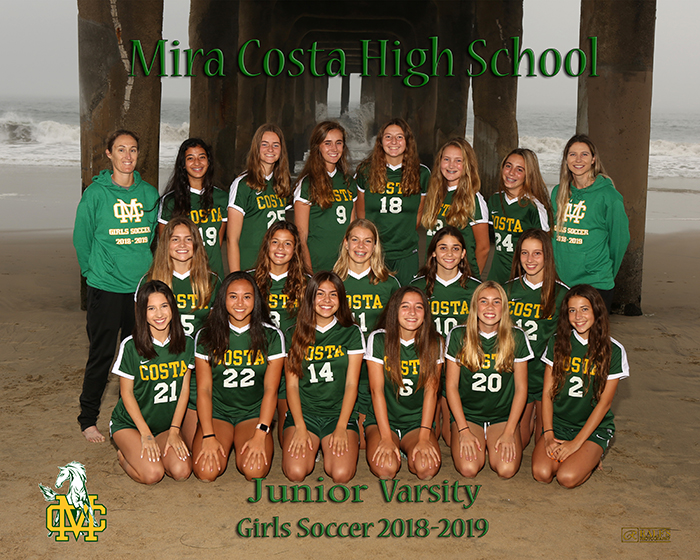 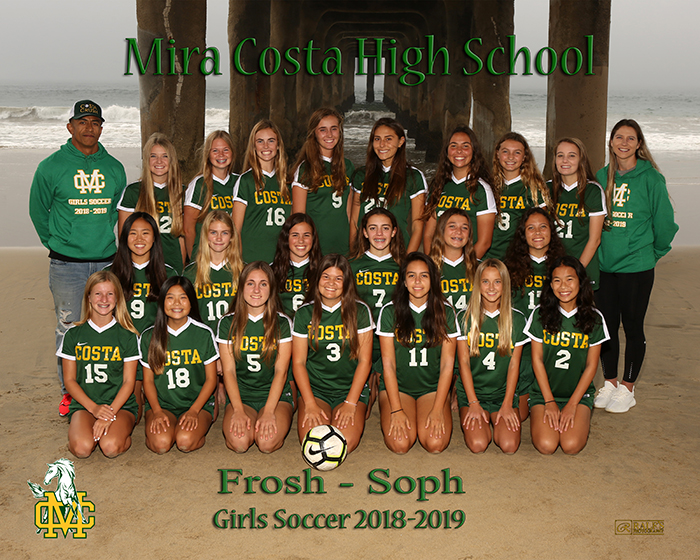 Mira Costa Girl’s Soccer program boasts some of the most talented players in the South Bay. Led by veteran Head Coach Patty Perkinson and her coaching staff, the tradition of soccer excellence is evidenced by their winning record and being at the top of the Bay League each year. In addition to playing great soccer the program has lots of fun team bonding activities to create cohesiveness amongst the players and teams.

Girls Soccer is made up of 3 teams, Varsity, Junior Varsity and Frosh/Soph. A summer program is offered to incoming Freshman, so they may become acquainted with high school soccer and the coaching staff. This is a Winter sport and runs from Mid November through Mid February. CIF is Mid February through March. 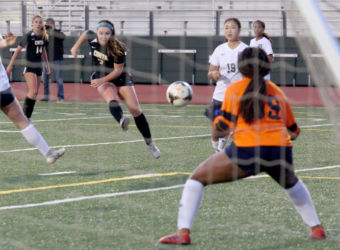 The Mira Costa Girls’ Soccer team finished the season taking 2nd place in the Bay League! The team begins their CIF run as the #1 seed and will take on West Ranch on Thursday at 3:00 at Costa Waller stadium.  The two teams previously played each other in the quarterfinals…
Keep reading 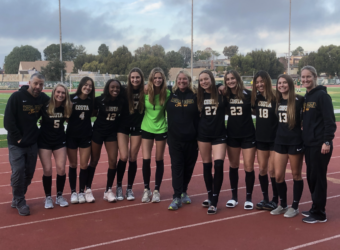 The Mira Costa girls soccer team celebrated their 10 seniors on Friday evening!  They played Peninsula High School and won 2-0. Their next game is against rival Palos Verdes on Tuesday. Go Costa! 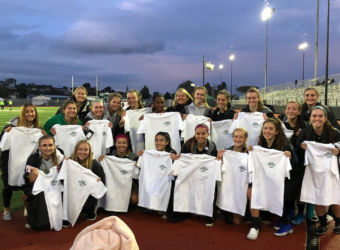 The Mira costa girls soccer team started off the season with both the Varsity and JV teams winning the South High Holiday tournament and the FROSH/soph teamtaking 2nd. League play started last week. The Varsity team suffered their first lost against Palos Verdes High school but are looking to come…
Keep reading