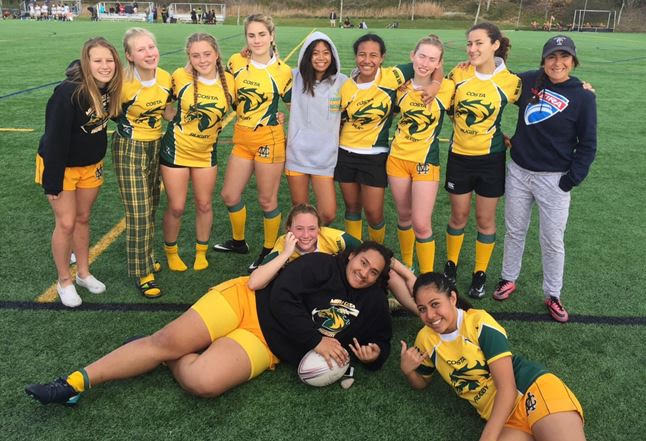 The Mira Costa Lady Ruggers traveled to Cathedral Catholic in Del Mar Heights, San Diego to take on the Dons as well as San Marcos and Patrick Henry High Schools.  The first match was a thriller as the Mustangs took on Cathedral Catholic.  It was a seesaw affair but in the end the difference was a lone conversion as the Dons edged the Mustangs 10-12.  The second match of the day was against a very will skilled side from San Marcos.  The Knights were able to win handily despite the great play by the Lady Mustangs.  The final match of the day saw the Mustangs take on Patrick Henry High School.  The Costa Girls finished the day in style as they handled the Patriots from Patrick Henry.

Coach Ali Taylor has the Lady Mustangs playing some great rugby.  They have become great tacklers and are rapidly becoming one of the top teams in Southern California.