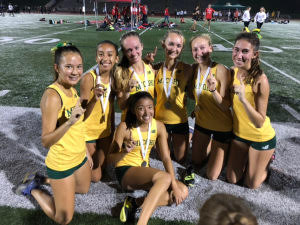 It was a banner day at the Bay League Finals last week with 4 of our 6 teams becoming 2018 Bay League Champions, and the other 2 teams capturing a stellar 2nd place team finish.