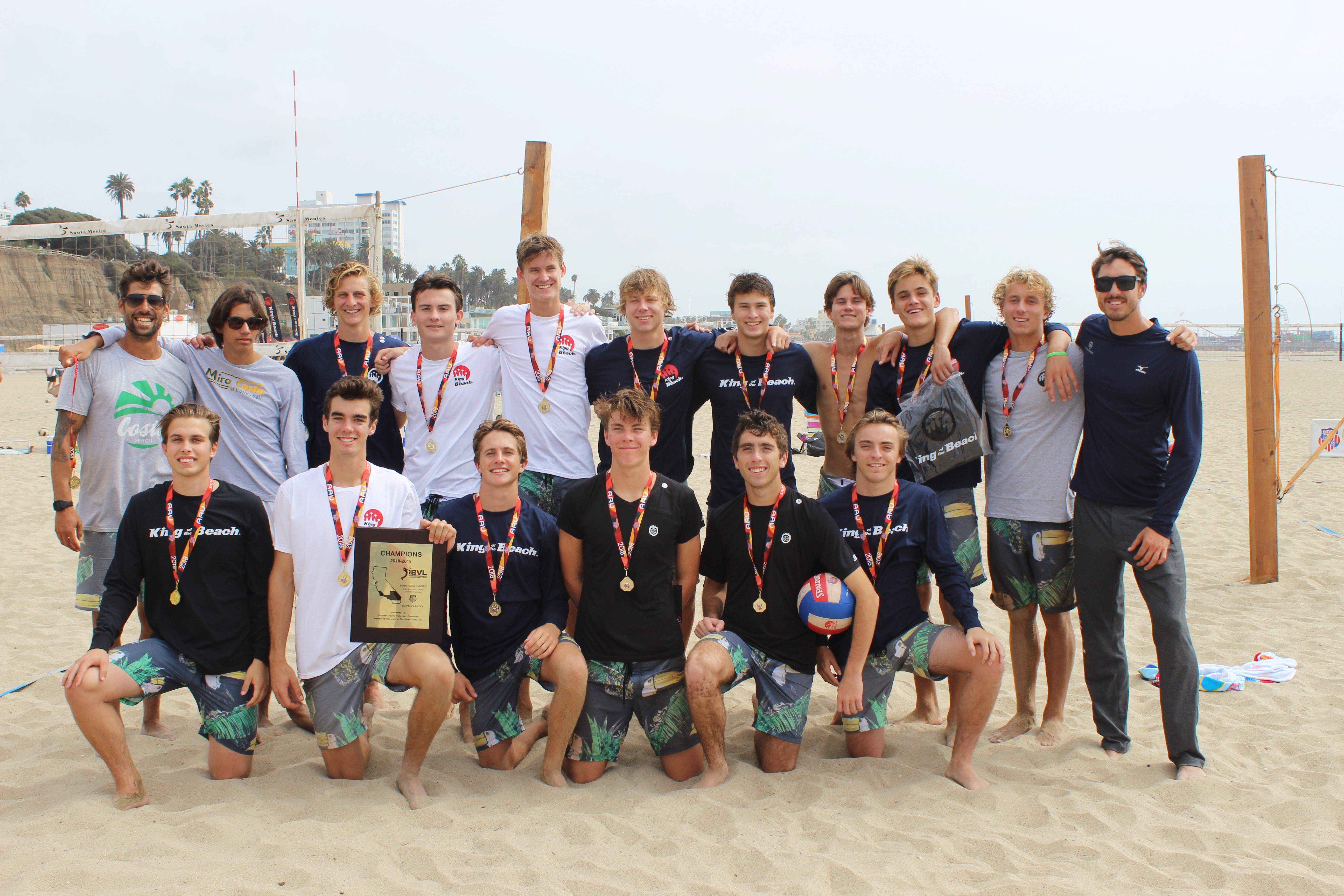 Costa Boys Beach Volleyaball won the IBVL Championship (equivalent to CIF Championships) for the third year in a row on Saturday, October 6th in Santa Monica. Costa came in as the top seed and had a bye in the first round held earlier in the week. The boys easily defeated Winward High School in the quarter-finals. In the semi-finals Costa beat a strong San Marcos team in straight sets.

This led to a showdown with Redondo Union in the final. Players on all three courts faced formidable opponents. On Court 1, junior Jack Walmer and sophomore Ben Coordt put on a master class, defeating Redondo’s top team of Sebastian Rodriquez and Keagan Benson in two sets. On Court 2, senior Thomas Kretschmer and junior Chase Coppedge prevailed in two tight sets. On Court 3, senior Adam Sevier and junior Jack Hopkins won the first set, but lost in the second. With all three courts playing at the same time, the third game tiebreaker for Sevier and Hopkins was suspended since Costa had won the other two duels.

It was a great season all around for Costa boys beach. All three levels were undefeated in league play. JV made the finals in the JV Championship. Walmer and Coordt won the Individual pairs gold and Sevier and Hopkins the bronze. And Costa took the IBVL Championship high school crown.