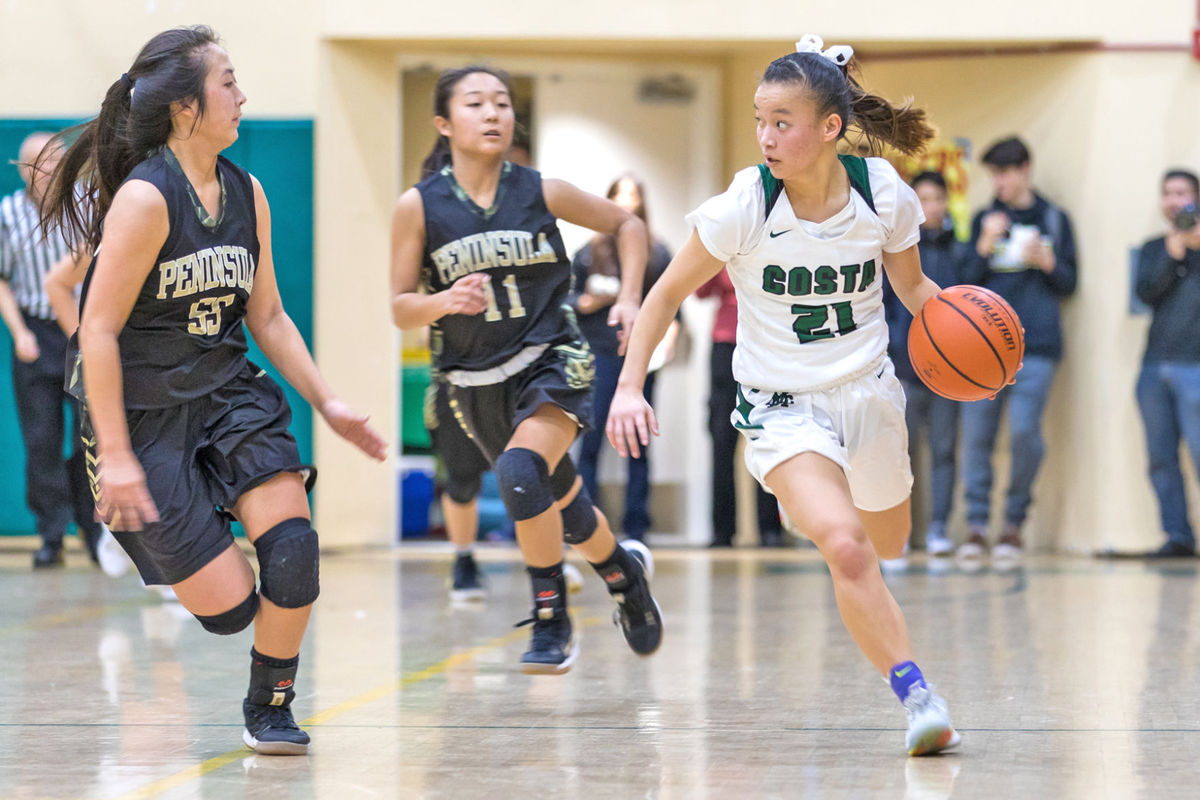 The season opener against Peninsula was a great win, with a final score of 58-45. Haley Herdman led the team with 24 points and 6 rebounds; Gloria Bianchi 15 points and 10 rebounds and Kelli Toyooka with 9 points and 6 assists.  The team was not so fortunate against PV, but dominated against Xavier Prep in a nonleague game, and also won league games against Morningside and Inglewood! In nonleague games the girls played against Narbonne and Legacy High Schools, but came up short by 2 against Narbonne and 1 against Legacy.  They fought hard to the very end but unfortunately did not get the win. They are looking forward to competing against rival Redondo Union High School on January 23 at Redondo.