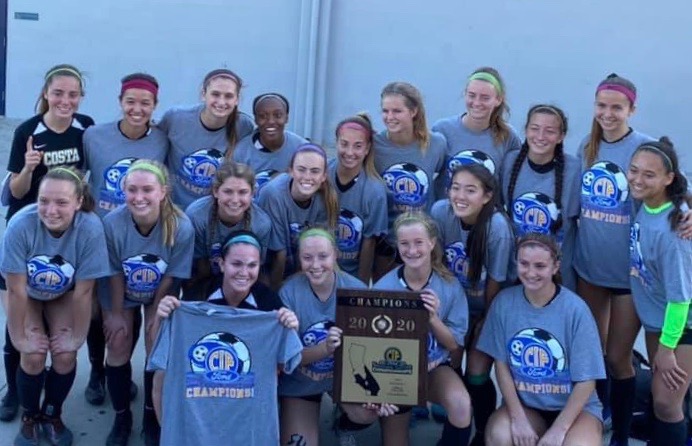 The Mira Costa Girls Soccer team defeated Oak Hills on Saturday with a final score of 5-1, to claim their first CIF-SS title!
Mira Costa (23-2-0) played in the CIF-SS Division 2 title game and the CIF SoCal Regional Division II final game last year, but wasn’t able to capture the title This is the first CIF-SS title in the for Girls Soccer in the history of Mira Costa.
During the game, Ellie Weissenberg and Sierra Sargent both scored two goals each, and Gracie Watkins scored one as well. The game ended in a 5-1 win for Costa!
On Tuesday, March 3, Costa (ranked # 8) defeated the #1 seed, Santiago HS, with a final score of 2-0 in the first round of Division 1 CIF Southern California Regionals.
Next up they play JSerra Catholic HS in away game on Thursday, March 5 at 4:00pm. Go Costa!