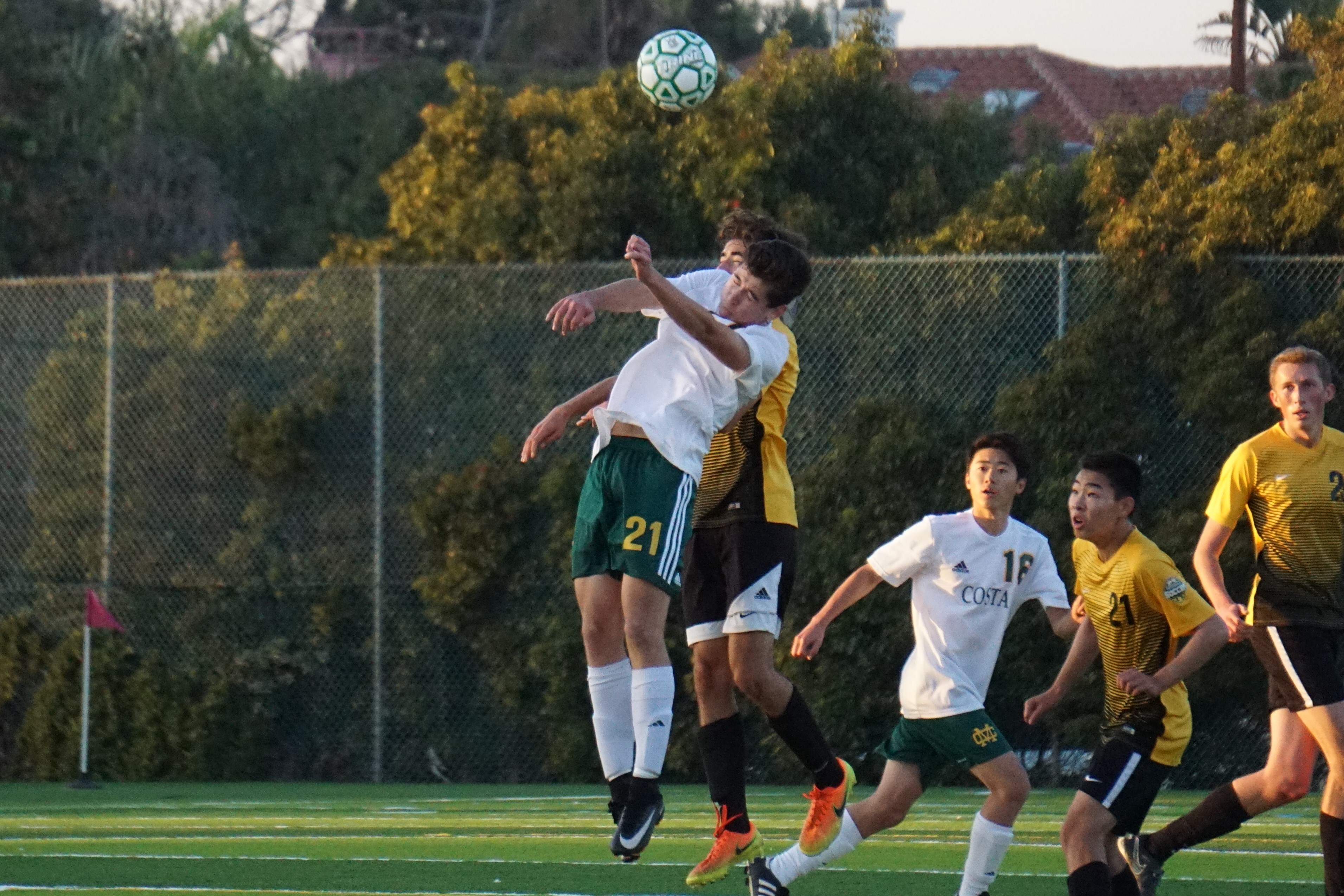 The Boys’ Soccer team is off to a great start in Bay League play with 4 consecutive wins. The most impressive victory was a 1-0 win at Palos Verdes. The senior captains, Andrew Fasano, Keyan Torabi and Robert Cook, were key players in this big game. Andrew was stellar in goal, Keyan solidified the midfield and Robert wreaked havoc up front and scored the goal. The strong defense is a collective effort led by seniors Tanner Hong, Nick Keenan, Brad Hofmeister and Anthony Orozco. The day before the P.V. game, Costa beat a good Peninsula team at home, 5-1, with a couple more goals from Robert. The second week of league play the team beat Morningside 12-2, and Inglewood 10-0. It’s unfortunate that these 2 opponents are just not competitive. In the Inglewood game Costa had 3 players with hat tricks…seniors Robert Cook and Alex deSouza and junior Josh Gaudiano. Other key players in the team’s success have been senior midfielders Cooper Arak and Michael Antich and junior forward Max Haber.

The next game is coming up Tuesday night, Jan. 23rd at 6:00 at Redondo. This will be the end of the first round of league games. A win over rival, Redondo Beach, would be a thrill in itself and, more importantly, it would keep Costa Boys Soccer at the top of the Bay League going into the second half of the season.