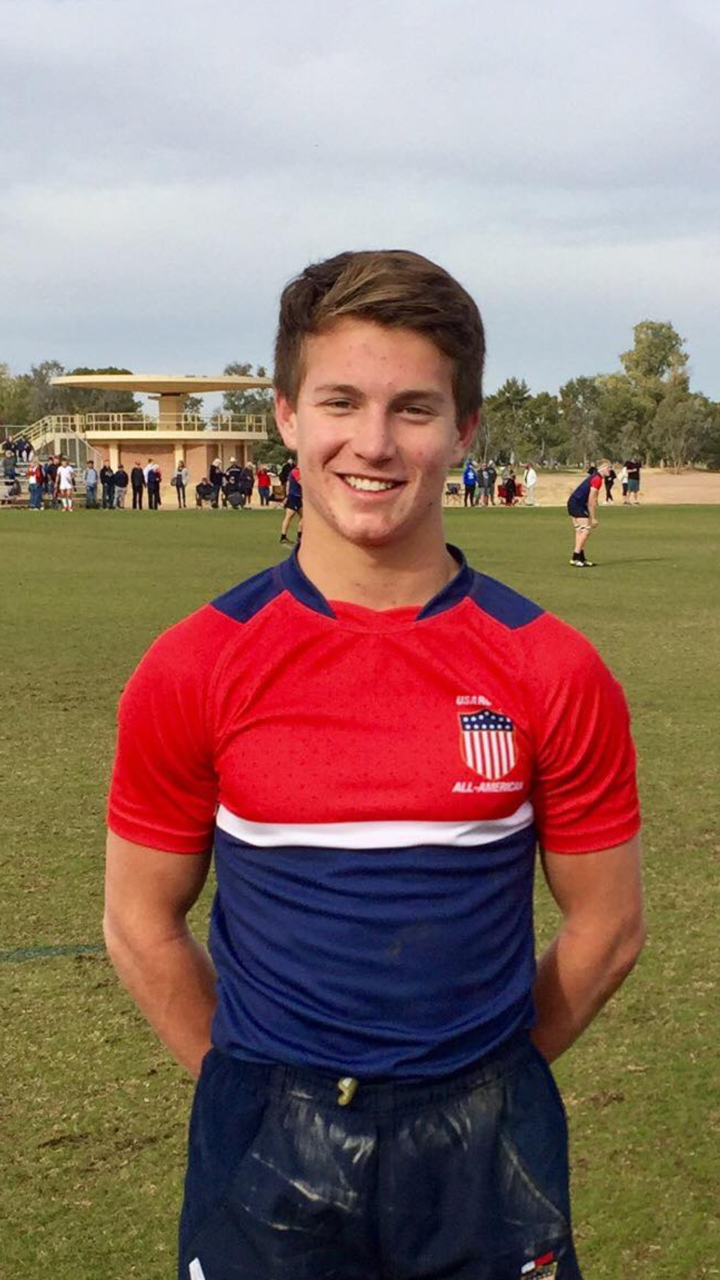 Senior Kaden Loversky was selected to the HS All American Rugby team for the second straight year in November. Over the Christmas break, Kaden traveled to Casa Grande, Arizona and started both games for the US team who played Canada’s National team.  Kaden played fullback and wing. The US won both games – by a total of three points as the teams were very evenly matched