Lacrosse is the fastest growing CIF sport in Southern California, and the Boys’ Lacrosse program at Mira Costa is a perennial top 20 program featuring Varsity and JV teams. Twenty-six of our 47 players in 2018 were recognized as Scholar Athletes, earning a 3.5 GPA or above during Lacrosse season.  Seven of our Varsity players were recognized with All League honor’s including the Bay League Defensive Player of the Year. Two of our Varsity players were also selected to the All Area Team for LA County.

Lacrosse is a fast-paced, contact sport that emphasizes teamwork. Each team is made up of twenty to twenty-five players. Mira Costa Boys’ Lacrosse has a proud tradition of success in the South Bay, and has won the Bay League Championship in 2006, 2009, and 2010. New players are welcome to come out for the team–there is no experience required but is a plus. Lacrosse is a big commitment, but offers one of the most rewarding experiences. The sport combines a little bit of everything and is known as “the fastest sport on two feet”!

Mira Costa Boys’ Lacrosse focuses on building well rounded student athletes, emphasizing the lacrosse fundamentals within a positive and fun environment. Our coaches encourage creative, competitive, and hardworking young men to excel as individual players, but more importantly, as part of a team. Boys’ lacrosse is a spring sport, there are various opportunities to practice and play throughout the year with Lacrosse P.E. after school, as well as tournament and competitive league play during summer, fall and winter seasons.

Boys Lacrosse is a Spring Sport. 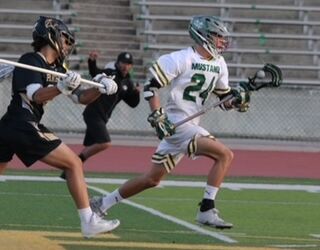 2022 ended in the 2nd round of the CIF Southern Section Division 1 playoffs for the Mira Costa Boys Lacrosse team, who put up an impressive 11 and 6 regular season record. The Mustangs beat St. Francis for a second time this season in the opening round of CIFSS playoffs…
Keep reading 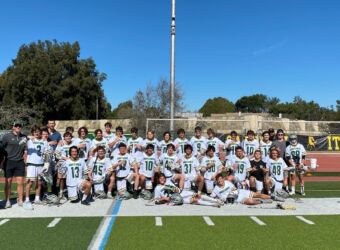 Varsity was led by an outstanding performance at the Faceoff X by Junior Trevor Flynn. Junior’s Jack Fiorito and Diego Carpenter had 3 goals apiece, followed by Senior’s Jack Storer and Colin Shaw’s 2. Freshman Dylan Fenton made a huge impact on the wings and also tallied a goal in…
Keep reading 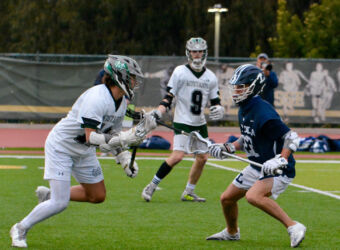