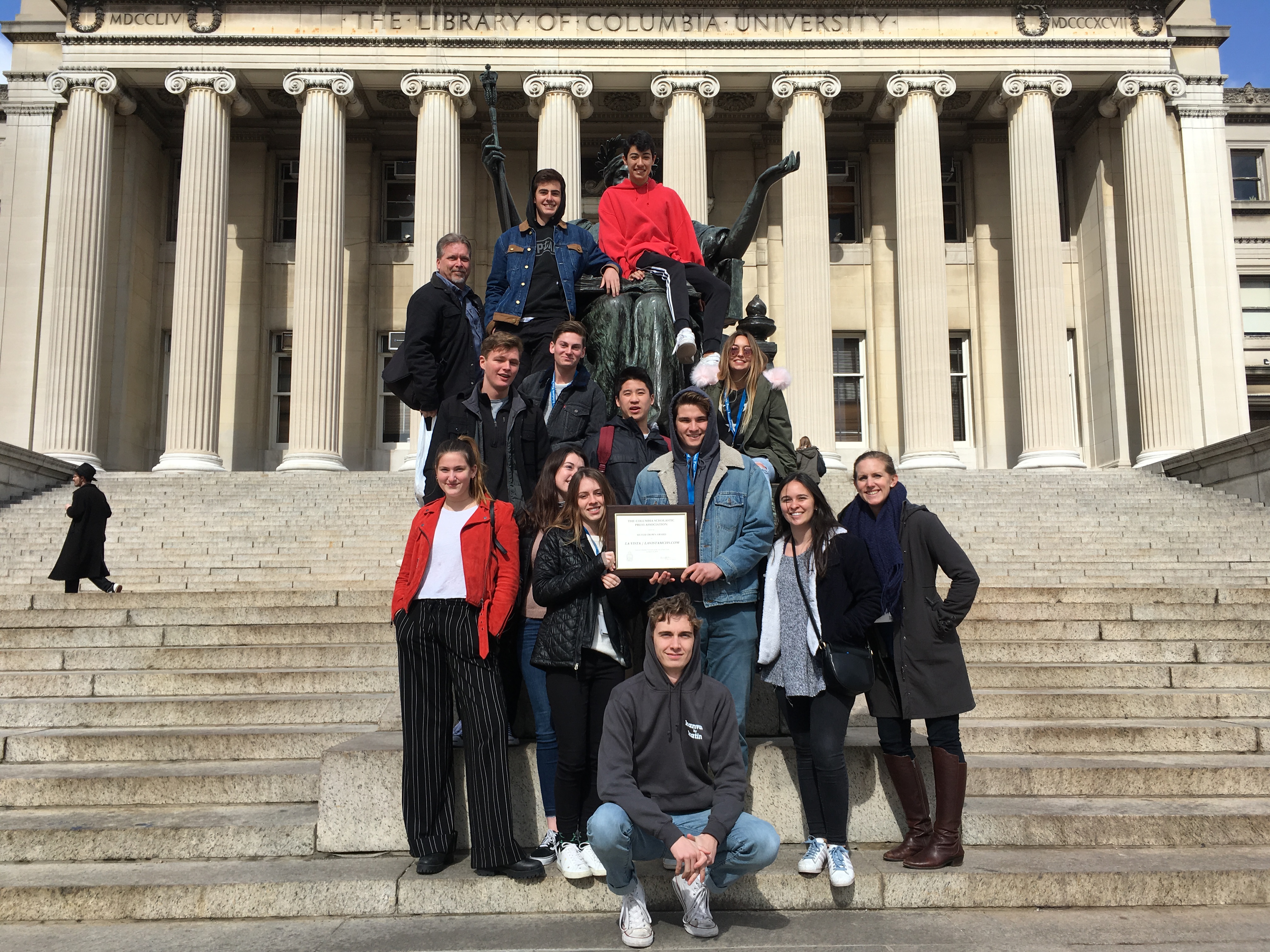 This is La Vista’s third consecutive year winning the Silver Crown, which places the publication in the top 5% of high school newspapers across the nation. In addition to winning the Silver Crown, which is awarded relative to other newspapers, La Vista won a Gold Medal, a ranking based on quality of writing, design, photography, and other examples of student-produced media.  La Vista was selected by the CSPA judges for overall journalistic merit, with specific strengths in journalistic writing and news coverage.  During the weeklong conference, editorial staff engaged in critiques of our paper and attended seminars led by journalists, professors, newspaper advisors, and other student journalists from around the United States.

One of the highlights of this year’s trip was a presentation by the newspaper and yearbook staffs and advisors of Marjory Stoneman Douglass High School on their role as journalists in the wake of personal tragedy.

Congratulations to the La Vista staff!