Important Update (9/17/20):  Due to current restrictions in place in Los Angeles County and the Southern Pacific District, and in cooperation with the San Diego and Northern California sections, the boys Southern Pacific IBVL season will be moved to spring 2021.  The boys season is tentatively set for April 12 – June 5, 2021.  Please check back in the spring for the latest updates.

The Mira Costa Boys Beach Volleyball Program, with four IBVL Championships in its fourth year as an official Mira Costa sport, has established itself as a powerhouse on the Southern California beaches.  Each season, Costa fields competitive pairs across all IBVL divisions of competition – Varsity, JV, and Frosh/Soph.

The program has grown from just over 30 players in 2016 to approximately 60 this coming 2020 season. Last fall, Costa earned its fourth championship, beating Arroyo Grande and Redondo Union to advance to the Finals.  Costa finally triumphed against Santa Barbara, who battled hard, in the championship match.  Led by Head Coach Kyle Denitz, the 2020 program is an early favorite for another IBVL title.

Each weekend during the season, three player pairs are chosen to represent the Varsity, JV, and Frosh/Soph squads.  Player pairs are determined by coaches each week, so are not set in stone.  This creates a focused, competitive environment that gives every athlete an opportunity to earn tournament playing time.

Post IBVL/Beach PE Program:
After the beach volleyball season ends, players can continue in the Beach Volleyball PE program, which will award PE credit to participants. Without the Beach PE program, all rostered athletes would transition to Costa’s PE program (they would have to speak to their counselors to make the change in Aeries).

As a reminder, all 9th and 10th graders must enroll in PE or play a sport each semester (4 semesters total), so the Beach Volleyball PE program would cover one semester of that requirement.

Attendance Policy:
All athletes are expected to be on-time and attend practices, with the exception of illness, injury.  Unexcused absences will affect their grade.

Coaches:
The Costa Boys Beach coaches are among the best in the sport, with all the coaches currently playing or previously having played on the AVP tour. The coaches have represented the USA on the national team indoor and/or on the beach, played at the Division I college-level and have high school and club coaching experience..

Due to current restrictions in place in Los Angeles County and the Southern Pacific District, and in cooperation with the San Diego and Northern California sections, the boys Southern Pacific IBVL season will be moved to spring 2021.  The boys season is tentatively set for April 12 – June 5,…
Keep reading 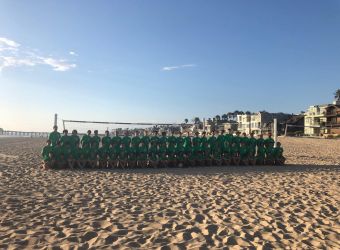 Congratulations to Head Coach Kyle Denitz for leading the 2019 Costa Boys Beach Volleyball team to its fourth consecutive IBVL Championship.  We could not have done it without the support of the following coaches. From the bottom of our hearts, thank you, and we hope to be back on the…
Keep reading 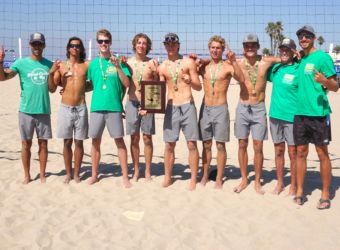 The Mira Costa Boys Beach Volleyball team won the IBVL Southern Pacific Champions for 2019 on Saturday, October 12 in Hermosa Beach.  This is their 4th consecutive win as champions since 2016. Costa beat Arroyo Grande and Redondo Union 3-0 in all matches.  Costa finally triumphed against Santa Barbara, who…
Keep reading