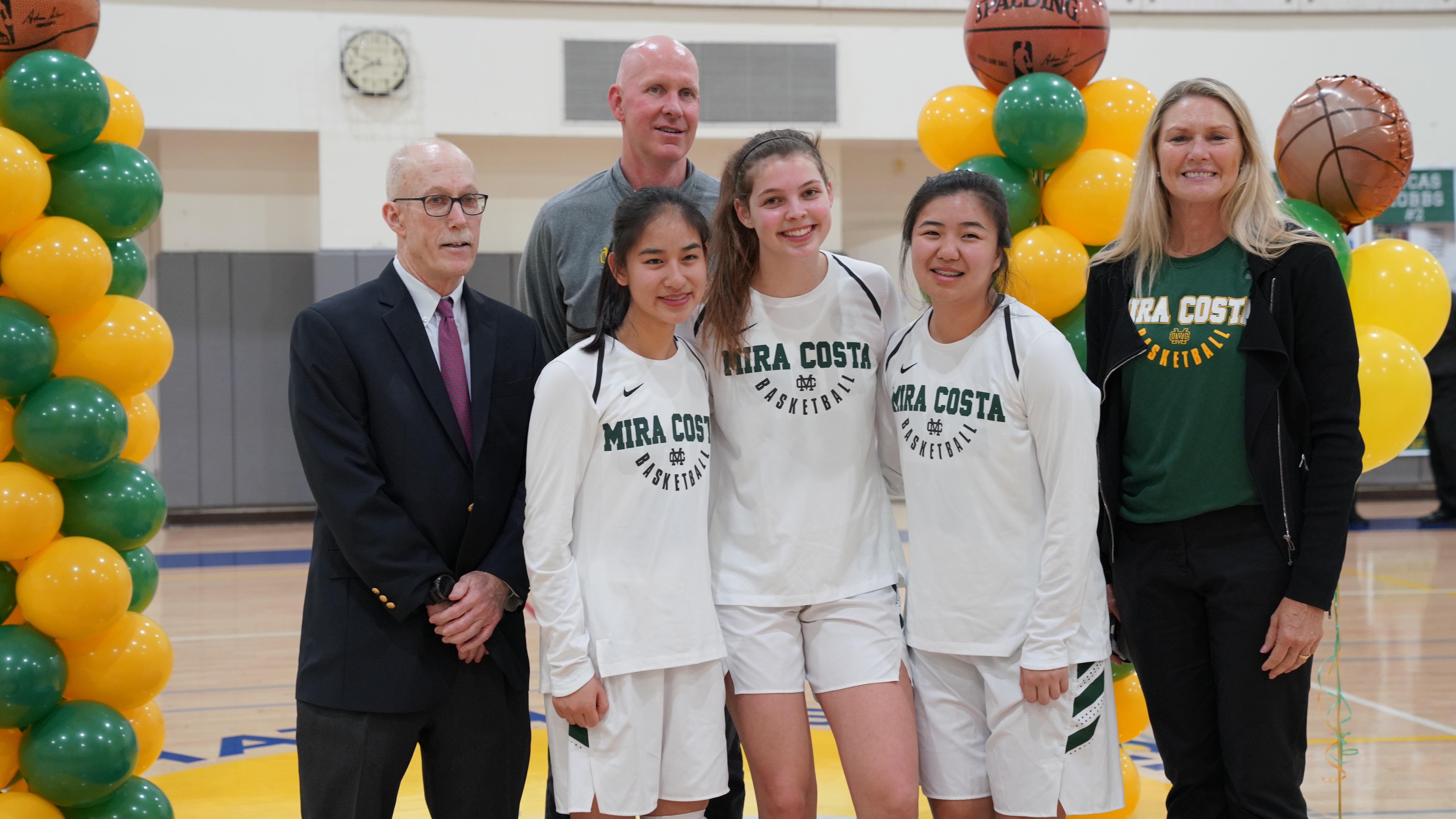 The Lady Mustangs are starting the second half of the Bay League season.  With a few disappointing losses, they came out with a BIG win against Leuzinger in a double overtime win on Friday with a score of 56-55.  Congratulations to our Lady Mustangs!!

It was a special night topped off with a great win!   Congratulations to our Seniors!!

Update on Costa Alumni Allie Navarette:
Costa Graduate Allie Navarette has been having an outstanding season at the University of Hawaii, Hilo.  She was recently named Pepsi Athlete of the Week!  Click here for article