Mira Costa Boys’ Basketball program encompasses a number of exciting attributes throughout the year, including a summer league which consists of league and tournament play, conditioning programs in the fall and spring, pre-season tournament play that runs through December, and a highly competitive Bay League season that runs from January to February followed by CIF playoffs for the Varsity team. The Varsity team also travels to out of town tournaments a few times a year, where they play competitive teams outside the Bay League.

Varsity Coach, Neal Perlmutter, and his coaching staff and trainers, devote numerous hours to create an excellent program emphasizing basketball fundamentals, good sportsmanship, and strong work ethic. Players on each of the three teams: Varsity, JV and Frosh, experience success on many levels, including personal growth, improving their level of play, and becoming a better teammate.

Practices vary throughout the year based on gym availability and team level.  There are three tryouts available for players interested in joining the team,  They take place at the beginning of the school year, the end of fall sports, and when spring sports finish at the end of the school year.

Boys Basketball is a Winter Sport. 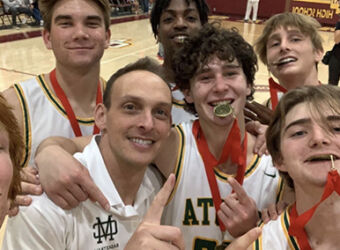 &ctz=America/Los_Angeles" target="_blank" rel="noopener">Boys Basketball Game Schedule The program is heading into the season with strong showings on all 3 levels. Varsity is undefeated (10-0) including repeating last year’s wins in the Jim Harris Classic Tournament and the Thanksgiving Eve face-off against Loyola HS (57-46).  They also beat Rolling Hills…
Keep reading 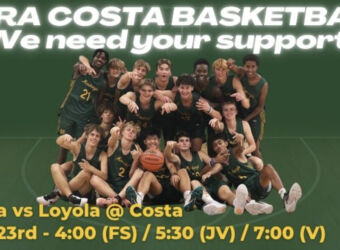 Come cheer on our Varsity Boys Basketball Players in the ANNUAL LOYOLA RIVALRY GAME the night before Thanksgiving at Mira Costa. See some of the Mustang Madness Pep Rally half-time free throw competitors – it was a great night for our basketball program, thanks to dance, cheer and band participation! …
Keep reading 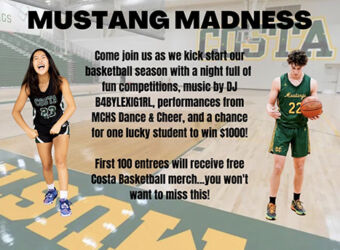 Come join us as we kickstart our girls and boys basketball season with a night full of fun competitions, performances by MCHS Dance & Cheer, and a chance for one lucky student to win $1000!  First 100 entries will receive free Costa Basketball merch…you won’t want to miss this!