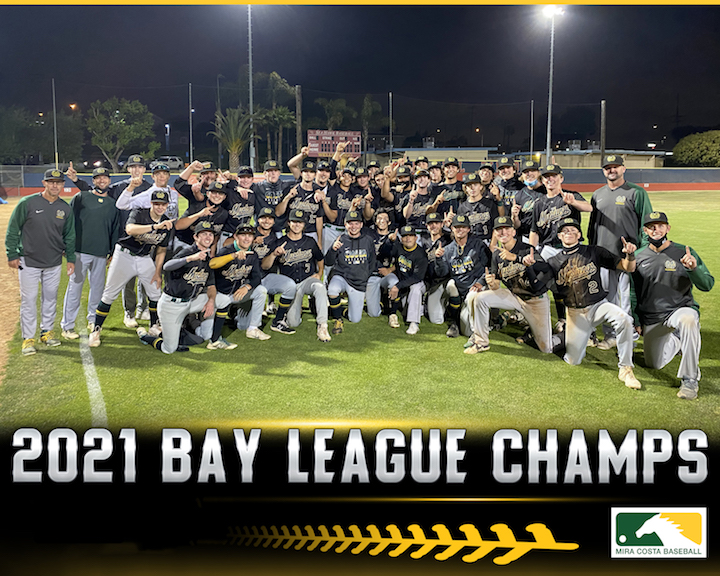 The Mira Costa Baseball Program put together a successful campaign across all three levels in 2021. With all three teams winning the Bay League title – the fourth in a row at the Varsity level – there was much to be proud of this season!

The Varsity team secured a CIFSS playoff berth. And after winning the first game in exciting comeback fashion, the team ultimately lost their second game to the #2 seed, Orange Lutheran, in the round of 16.

The Mira Costa Baseball Program would like to thank the local community for its continued support throughout this season. We would also like to thank Dr. Dale, Ms. Hall, and Mr. Marx for their dedicated effort in helping our athletes get back on the field to compete this season. A special thank you as well to our wonderful players and families for making this season so memorable.