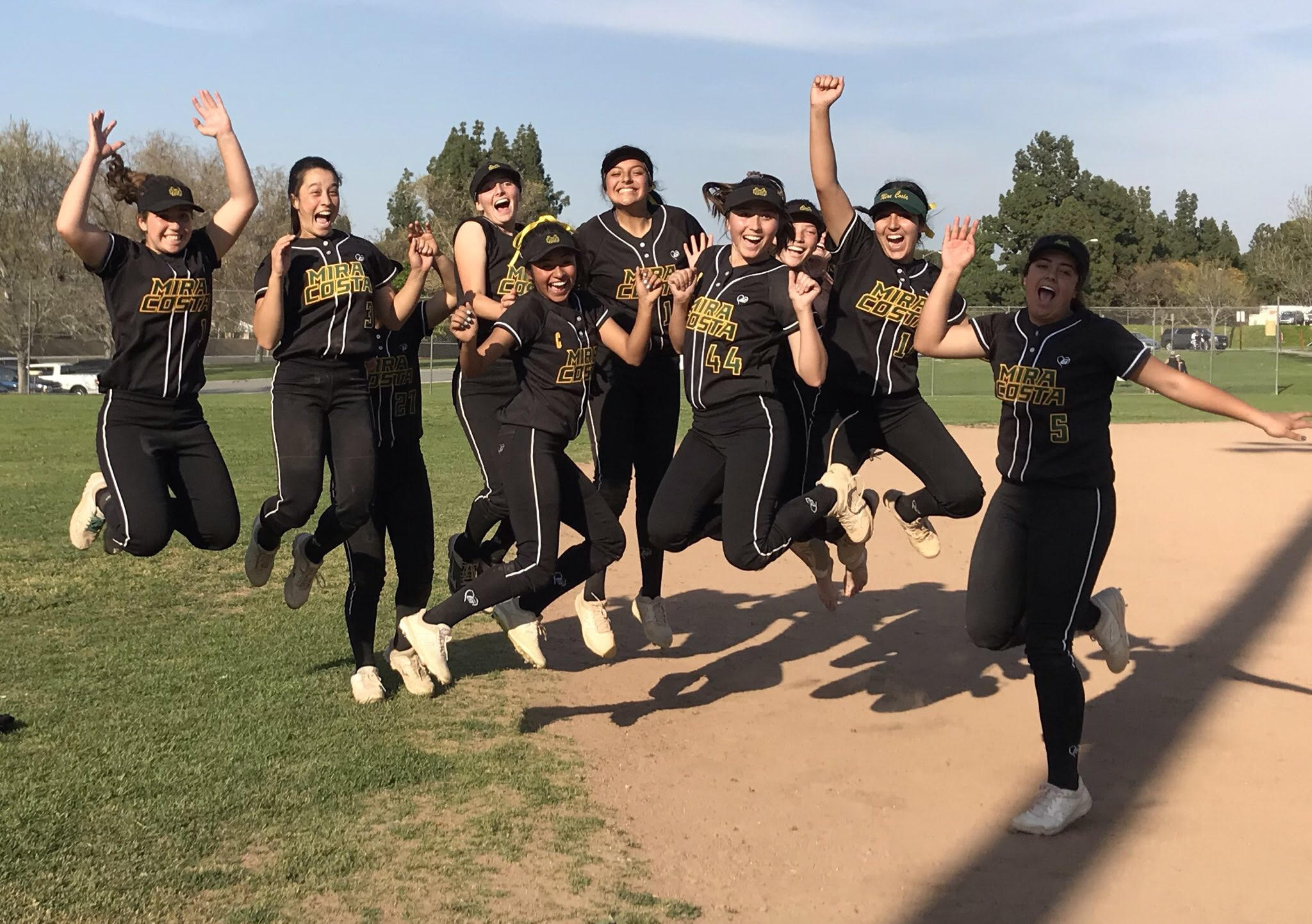 The softball team lost their first Bay League game to Palos Verdes on Friday 4/12 leaving both teams tied for first place in the Bay League at 4-1 with 3 league games to go, one each against Peninsula, Leuzinger and Redondo.  The Mustangs have five games left in the season before CIF playoffs begin on April 30.  Remaining games are: